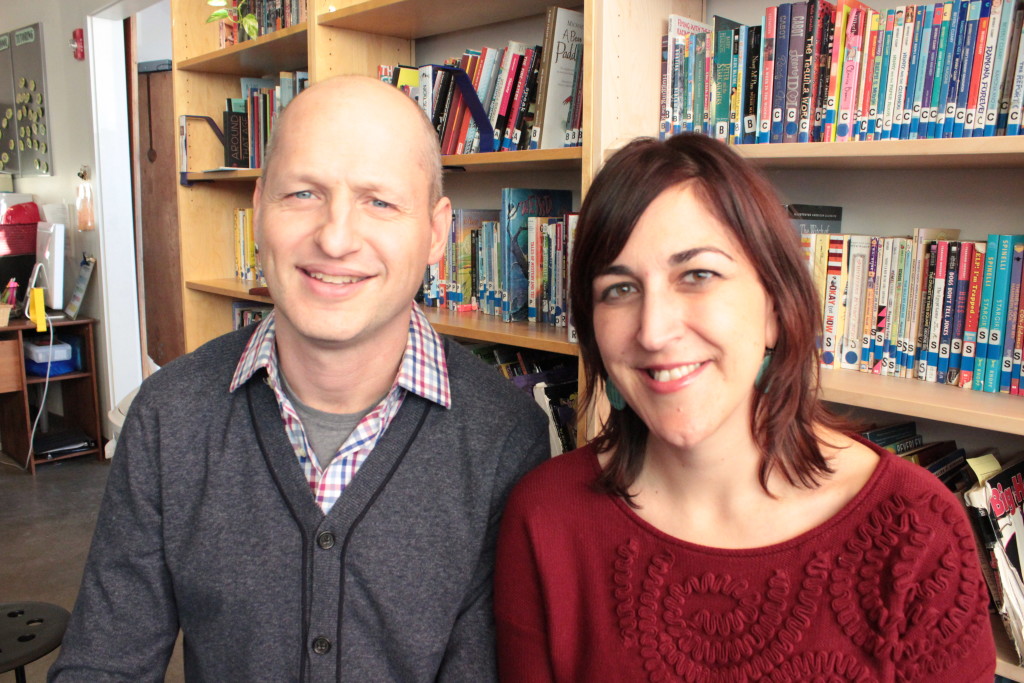 After nine years as our founding executive director, Daniel Johnson has decided to conclude his directorship and will pass the reins to our current Associate Director, Jessica Drench, beginning in April 2016.   This decision is the result of a deliberate succession process initiated by Daniel and overseen by the 826 Boston board. We are thrilled to welcome Jessica as our incoming Executive Director.

Jessica is an 826 Boston veteran who joined our team five years ago as Program Director. She is a visionary educator and a proven nonprofit leader who came to 826 Boston after teaching in the Boston and New York City public schools and working with a number of area education nonprofits. Jessica earned her M.A. in Teaching English from Columbia’s Teachers College and obtained certification from the Institute for Nonprofit Management and Leadership.

We are ever grateful to Daniel for his unflagging leadership. In his nine years as director, Daniel led his team to transform 826 Boston from an empty storefront in Roxbury’s Egleston Square into Boston’s premier youth writing center. When Daniel departs 826 Boston in June, he will spend the next year penning his second poetry collection, titled In the Absence of Sparrows. The book explores his friendship with journalist James Foley, who was killed by ISIS in 2014.

Thank you for backing Jessica and the talented staff at 826 Boston during this time of transition so that the organization can continue to thrive and prosper. With your support, we will continue to grow as an organization, serving thousands of students in the Boston Public Schools as we strengthen their writing skills and create a platform for their voices.

Our team looks forward to partnering with you in the next chapter of 826 Boston’s growth. If you have any questions, please reach out to the team at 826 Boston directly.

Volunteer of the month: April 2016 goes to Rachel Schowalter