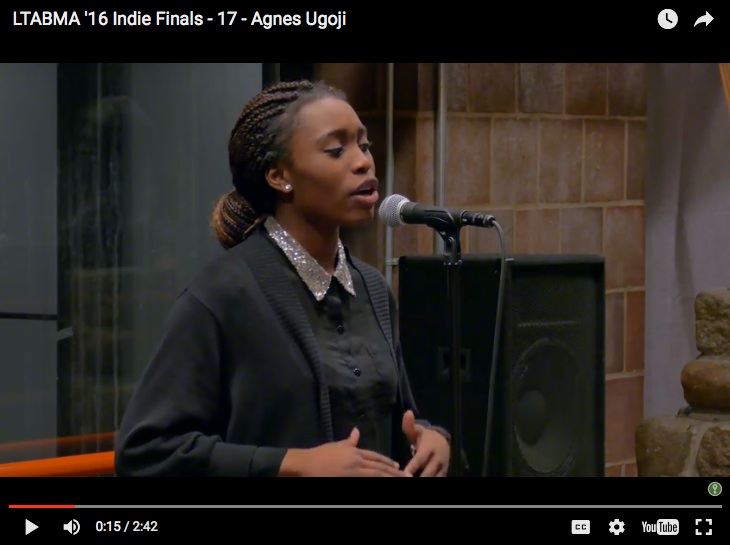 The June 12 edition of the Boston Sunday Globe featured a new voice on the op-ed page. 826 Boston is proud to collaborate with Agnes, who is a student at the John D. O’Bryant School of Math and Science and the Massachusetts state champion slam poet. Here is her poem in full, as seen in The Boston Globe and performed in the finals of the Louder Than A Bomb slam poetry competition.

A 12-year-old girl from my village was sold by her parents to a man three times her age.

A 9-year-old Cameroonian had her breast ironed to make her less desirable to men.

Girls from countries like mine know too well that the price of womanhood is pain,

That if blood doesn’t constantly trickle down your thighs, you’re still a child.

Girls like me are too accustomed to changing ourselves to achieve a culture’s definition of woman.

It’s not just Africans. But I can not speak for them so I ask:

Did your husband ask if the kerosene they doused you with matched the scent of your perfume?

Did your eyes glimmer like the flame before he threw it at you?

Did those flames dance around your body so elegantly you forgot your skin was burning?

Was your death the ultimate dowery?

When your spouse told you he wanted to change the way you looked, did you know acid was the best beauty technique?

Did sulfuric acid kiss your face better than your husband could?

Could you feel your bones corrode under your flesh?

What did you do to deserve that?

Dear 12-year-old girl in my village, do you remember my name?

Does your husband still beat you? You became a wife before a woman, and you still don’t know what that means yet.

There is no sugarcoating domestic abuse — or how in cultures it is synonymous with the transition to womanhood.

But our screams are drowned out by white feminists.

We have men against us; we don’t need other women too.

Our hashtags deleted to make space for #FreeBleed and #FreetheNipple.

Just because there is no translation for feminism in these countries doesn’t mean our problems don’t deserve recognition.

Don’t tell me I’m trying to separate the movement; the movement was separated before it began.

Don’t tell me I’m trying to start a war. What good are wars when half your soldiers are already dead?

This poem was created from the ashes of women America doesn’t care about.

This poem was developed in misogynistic villages.

This poem was created for that 12-year-old girl in my village.

This poem is not created for your feminism.

We do not need or want your feminism.

We will not wait for an invite to your protest while our girls suffer.

Because, the most feminist thing there will ever be are the silent screams of dead women.

A Very Memorable Night Of 1,000 Stories