The Evil Waffles and Brian the Superhero 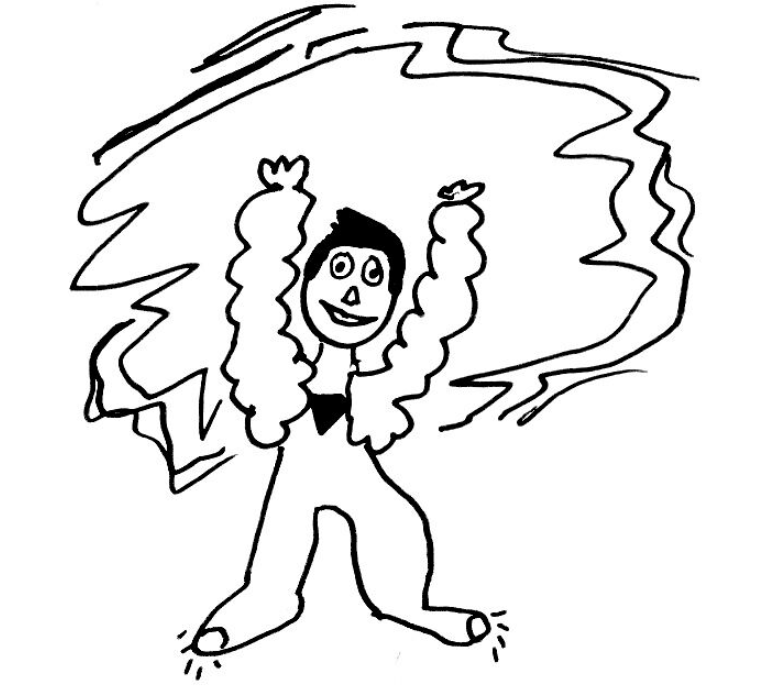 Today, I met Brian the Superhero. He has super strength, and he can fly. Also, he has heat vision. Brian rides around on a green motorcycle. I saw him at a Chinese restaurant, eating fortune cookies. I walked to his table to ask for his autograph, because I think that he is special.

I thought his red, blue, and black superhero outfit was really awesome. I felt excited as I walked over to him, and I wanted to take a picture with him. I like Brian, because he is brave and fights crime.

But before I could even say “Hi” to Brian, waffles the size of cars broke through the windows of the restaurant. They had Cheerios for eyes, buttery mouths, and syrupy noses. The biggest waffle yelled, “We will destroy you and take over the world with waffle soldiers! We are sick of people eating us for breakfast.

I felt so mad, because the waffles were being mean to Brian. I tackled one of the small waffles. Brian used his heat vision on three other small waffles.

Everybody in the restaurant was screaming and running to the bathrooms to hide. There were fifty small waffles getting in through the roof. They kept coming and coming.

I looked up in the sky and saw a huge spaceship the size of three buses, and it was putting more waffles on the ground. Brian zapped a big waffle with heat vision and then flew up to the spaceship and destroyed it with his super strength.

All the waffle soldiers turned into regular waffles. I was excited that Brian and I had defeated the waffles together.

The restaurant owner gave forks to all the people in the restaurant. Everyone got two forks each, and they helped Brian and me eat the waffles. Each person could only have one giant waffle, but if they were still hungry, they could get more. I sat next to Brian, and we ate waffles (he ate three). I felt full after just one, and I felt like it was the best day ever. Brian and I rode away on his green motorcycle.

Sign Up
More amazing student stories See all student work
Franklin Park Zoo: Old Bear Dens by Kenyin
I may be a stranger but you seem really nice. by 826 Boston
My Best Dream, But My Worst Nightmare by Jhordan
Just A Dream? by Adam
See All Student Work