By Hutshie in They Don't See What I See 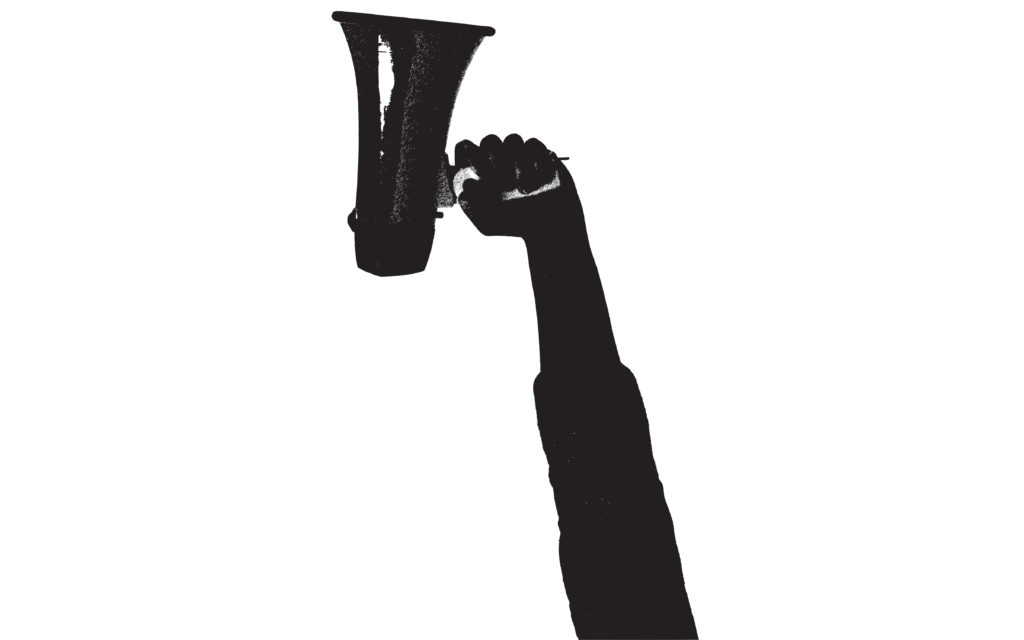 On a breezy afternoon in Georgia, my cousin Jane and I were walking to my aunt’s house. We were planning for a fun weekend, since she was going to receive her monthly allowance. On our way there, we walked past a group of giggly white boys. Jane and I, feeling carefree and oblivious, ignored them and went on with our planning. “What’s up Sharkeisha and Lakeisha?” shouted one of them.

All of a sudden it hit us—the boys were laughing at us. We were astonished and insulted; the boys were shouting stereotypical African American sounding names at us, as though having names that end in “sha” was some sort of insult! We continued to ignore them, but they were relentless and would not back down. “I don’t know what y’all are happy about. Y’all are just going to end up working at a retail store or a hair salon. But hey, on the plus side, maybe you will get your weave for free there.” All of them burst into laughter. Jane fought the tears as long as she could, but eventually, she gave in. I hated that she let them see her cry. Crying meant that they won, that they successfully robbed her of her innocence, of her pride to be black.

Society tries to tell girls like Jane and me that we’re not good enough, that we’re not smart enough, that we’re never going to be anything but washed up nobodies. Advertisements try to tell us that we need to be light skinned and have straight and smooth hair with blue eyes to be considered beautiful. The world tries to tell girls like Jane and me that because we’re black, we don’t deserve to be treated with respect. But despite contrary beliefs, we black girls must fight and be confident that we are beautiful. Everyone has their own definition of beauty. Society’s standards are worthless. What truly matters is how one feels on the inside. We do not need to be pale as Snow White to feel beautiful. We must appreciate our nappy hair and dark skin tone, no matter how dark. Even if it is as dark as coal itself.

I am ecstatic to see successful actresses such as Lupita Nyong’o and Viola Davis in Hollywood. Seventy-five percent of the celebrities are white, and some of the blacks ones are dyeing their hair blond or bleaching their skin to meet society’s standards. So it is a relief to see that there are some black celebrities embracing their rich heritage, making them relatable to typical black girls.

My parents always tried to teach me about racism and how to respond to it at a young age, but I never took it seriously. My parents also told me things like “eat your vegetables,” and “don’t drink soda.” Parents are always telling their kids what to do and how to think; it’s hard for kids to prioritize all the advice they get. I was ten years old the first time my parents brought up racism with me, but at the time racism was less interesting to me than my favorite TV show, Spongebob Squarepants. It felt like racism wasn’t relevant in my own life; so I thought my parents were just talking about stuff from another time. Looking back, I realize how important it was to bring up the topic of racism and violence to young people of color—there are news stories these days of African American men as young as 12 being shot by police officers. One recent shooting involved a black high-school graduate named Tony Robinson Jr., in Madison, Wisconsin. He was shot dead by officer Matt Keny, because he was a suspect of battery assault. The unarmed boy confronted the police officer and the officer drew his weapon and shot Robinson. (Ellis, Sutton, & Botelho 2015).

Some police officers are biased and are so busy looking the other way that they do not realize that some white kids are just as dangerous as some black kids. Just because a black individual killed someone, doesn’t mean that ALL black individuals are murderers. The status quo is that white kids are more likely to get by just fine, even with unlawful acts, while innocent minorities are punished severely by the law.

Every time my three brothers leave the house, my mom and I worry because we know that there is a possibility that they may not come back. Human life these days has little value to certain people. The thought that my brothers could get shot just for responding the wrong way in an encounter with the police terrorizes us. Every individual who dies is someone’s family.

It would be an immense relief if the president were to make sure that the police force isn’t full of racist pigs, but of people who are committed to protecting the people, providing justice and fighting for their country until the end.

Racism is alive and well. I can just feel it when I am walking home from school. The way that people look and act toward me compared to my light-skinned friends. Caucasians hold their purse tighter and their children closer as if I were a threat. It is funny how discrimination still exists 150 years after slavery. One would think that after all this time, we blacks would be given opportunities and would be treated with equality. But society is so stuck on classifying and labeling people that it creates a separation between different groups of individuals, and somehow the blacks are at the lower hand. I am happy to be black despite all the struggles that come with it. I feel honored to be part of such a united, caring and loving community. When one dies unjustly, we protest as if he were part of our family and we mourn together as a community.

They may patronize us, but we mustn’t give them the satisfaction. At the end of the day, the only thing that differentiates me from the racists is my skin color and opportunities. I am proud to be black, and I always will be, no matter what.

Hutshie is spontaneous, honest and different. She loves to sing and to dance to all types of music. She adores music in general—it’s fourth on her “most favorite things in the world” list. She was born in Atlanta. She hopes to become a cardiothoracic surgeon or a successful actress like Jennifer Lawrence. Furthermore, she hopes to attend an Ivy League college or university. Her goal is to make the world a better place however she can.

Sign Up
More amazing student stories See all student work
The Day That Jair Finally Took Over Kevin’s Territory by Jair
How to Be a Superhero by Nagwa
Excerpt: “Trevor the Octopus” by Room 8 Second Graders
Please Don’t Eat Me, Fudge! by Adriana
See All Student Work