In The Midst Of It All

By Jasmine in They Don't See What I See 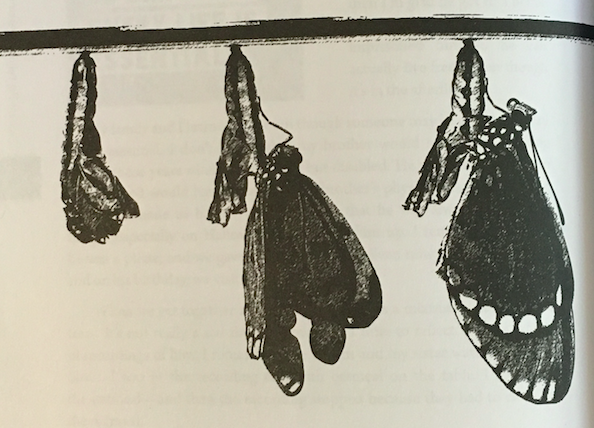 I remember being outside the first time it happened. It was one of those summer nights, everybody outside watching the kids ride around, then bang! bang! bang!

In that moment everybody knows what to do Run, duck, hide. Then come back to check everyone after. I didn’t know what to do . I thought my nephew was going to die, and I wasn’t ready to see his one-year-old body with two bullets in it.

I never thought about losing someone close to me. It was simply impossible in my mind. Now I don’t know what to expect.

Things like this have happened more than I can even count. Everywhere. It started happening more and more. Everywhere I went it seemed like a bullet waited for somebody. I worry about my cousins and brothers; this can happen to them at any moment too.

Imagine losing people you love to one little bullet, or imagine being shot at. They start shooting at you. Coming up from behind you. Imagine knowing after the second shot that you’re going to die. Imagine the last thing you see is the pavement, eyes wide open, your last words unsaid.

People I do and don’t know have been affected by gun violence. I never said a word to my family about the victims though. I don’t need to be questioned about how I knew him or her after hearing someone was shot. I’d rather pretend like I didn’t know a thing and keep pushing, praying that it will never happen again. Shootings are not even thought about; they happen all the time, everywhere. People get shot all the time, and that’s it. It’s pushed aside until the next person’s time comes.

I believe we can keep this violence under control, if we as a community come together generation after generation to put an end to unnecessary violence. I don’t think guns should be something that anyone can just get and pass on, like a newspaper at a train station. It is illegal to be armed without a license, so why are guns still distributed illegally? Gun laws need to be enforced more seriously, otherwise guns will continue to wreak havoc on innocent lives. From what I have been through, I feel funs shouldn’t be played around with. I lost too many of the ones I loved.

Bullets aren’t something to be forgotten. Having been shot at, I will not forget almost losing my own life. This wasn’t because I was in the streets gangbanging or anything, but simply because I where I was and who was given control of a gun.

People, especially teens age 13 to 19, are getting deeper into the world of drugs and violence. To be honest, I think it’s because they want to fit in, to be popular, to get attention. Because if you’re not the “squad” or “gang,” you’re an outcast. They all want to be hood, but being so young they don’t think seriously about the consequences of what they are doing. They can go to jail or, worse, get killed because “toting guns” is dangerous. They live in the moment, so you never know what, when, or where something can go down. They fight; the get mad; they want to let their anger out. They pull out a gun, a pocket knife, anything – and there goes a life. Rest in peace Mason. Mason was 17 years old and he’s gone, because a boy close to his age was given access to something he did not need. He lost his temper and that was it – a mother lost her child to the system, and a child became a killer.

Gun control is important for our safety and so is control on other weapons. People get these things and don’t know when to use them or for what reason.

I don’t really believe the information I see on the news and in articles, because the reality is politicians and reporters don’t know. They aren’t out here every day in the streets. I know the real truth. I’ve seen and heard the truth. People get a gun license and go crazy. People actually do rob gun stores and sell the guns. People always find a way, so the answer to how do we end gun violence is we stop picking up guns.

Jasmine is a goofy freshman, whose goal is to make you laugh. She wants to be an author in order to get her message out to everyone. She is wise for her age and thinks in ways normal 14 or 15-year-olds do not. She loves rap music, writing, and softball. She hopes to someday get through to people and change the ways of society.

Sign Up
More amazing student stories See all student work
I Should Never Watch a Scary Movie by Kelly
Two-Face by Daniuel
She Also Dreams about You: A Conversation Between Boston and the Dominican Republic by Arlyn
The sunrise was her best friend for years by Jossara
See All Student Work