Once Upon a Dragon Dream

By Fuad in And Then My Teacher Bit Me! 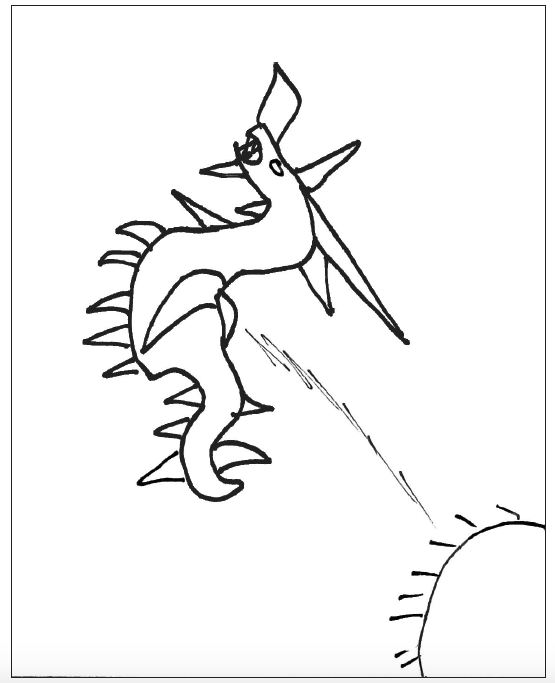 A dragon that has six wings and sharp brown rocks all over his body lives in Vatican City in a cave. (Vatican City is in Italy.) The dragon came to Vatican City when his mom forgot him there.

He was still in his egg.

The dragon makes friends with the old man and together they walk around Vatican City to try new foods. They try spaghetti. The dragon thinks the spaghetti is delicious and that it tastes better than sheep.

The dragon becomes the old man’s son, and nobody knows he is a dragon (except the old man, who knew the whole time).

The dragon never wakes up from his dream.

My name is Fuad. I am 9 years old. I have the power to run with super speed.

Sign Up
More amazing student stories See all student work
Excerpt: “Trevor the Octopus” by Room 8 Second Graders
Where I Am From by Cryselle
Time Travel Earring by Iyla
La Cafetera by Madelyne
See All Student Work