By Yaracelis in Things Will Get Better & More Delicious 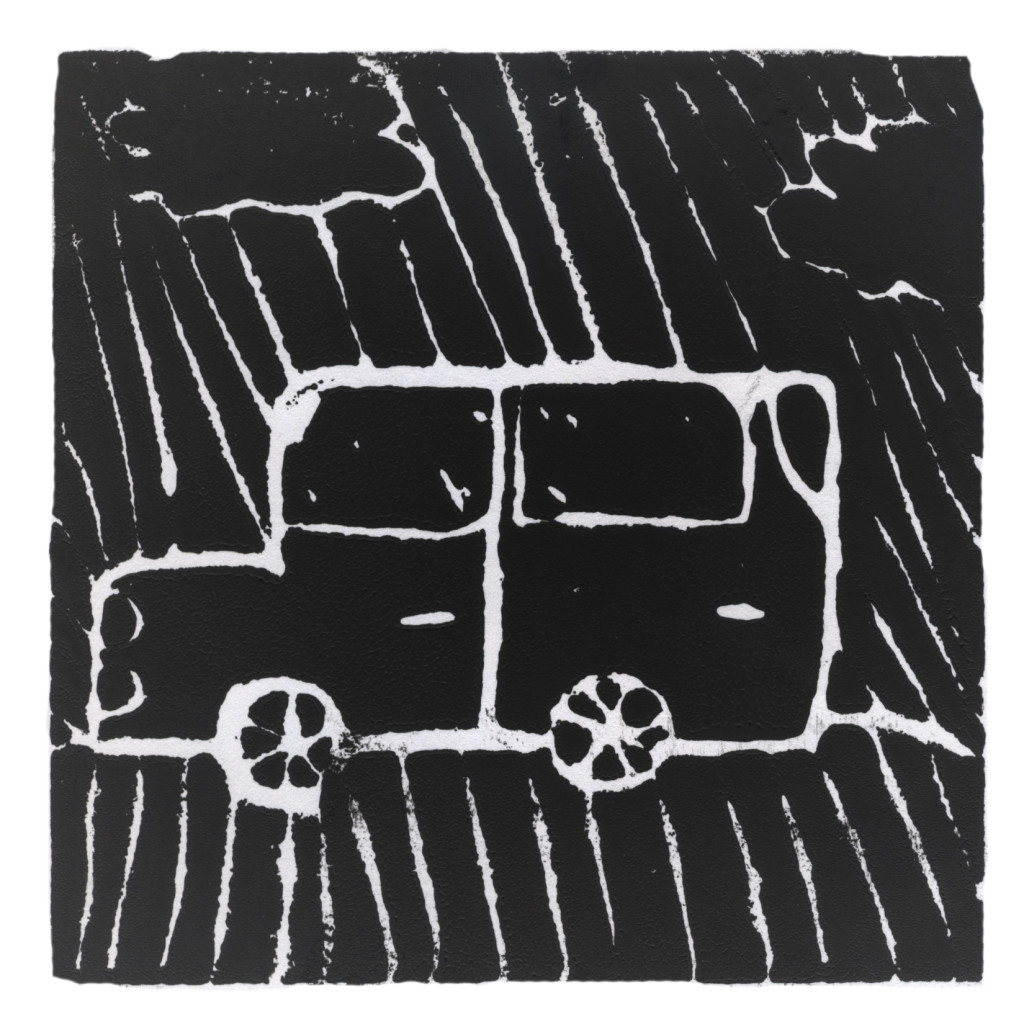 I love it when my family sits together and tells stories. I can still smell the sweetness of the flan we used to eat while we talked. In my family there is my mom, my dad, two grandmas, two grandfathers, three younger sisters ,two younger brothers, an older sister, and an older brother. I was four years old when we all came to Boston from Puerto Rico.

My grandmother’s name is Carmen Morales. She’s my dad’s mother. She enjoys seeing everyone’s smiles. She loves to cook, so she is always in and out of the kitchen during the day. In the morning, she makes cornmeal porridge with cheese, which we eat with a slice of bread and milk. For lunch she makes us ham, egg, and cheese sandwiches. For dinner, she makes yellow rice with pigeon beans and pork.

My grandmother always told me stories about my dad doing naughty things when he was younger. One story I never forgot. My father was about seven years old. He was always into playing with toy cars and had a little collection. My grandmother had no idea what my father was doing because she was so busy working around the house. They had a big house in Puerto Rico so it was hard to keep track of everyone. My father took my grandmother’s car keys and went outside. My grandmother always has so much on her keychain, so I imagine it was heavy. He got inside the tan car and turned it on. The motor started softly but then got louder. He didn’t really know what he was doing so he might have pressed something. . . and then he went rolling down a hill. I’m pretty sure he was really scared. He didn’t know how to control the car or what would happen if he was to press anything. He ended up going into a fence. The car finally came to a stop.

In the meantime, my grandmother was home really worried about my father. “Where is he?” “What is he doing?” “Is he coming back anytime soon?” To a mother, losing a child is like losing her life. After a couple minutes of freaking out she got a phone call from the police.

“Dona Morales, encontramos a su hijo, Luis, y él estuvo en un accident de carro.” (Dona Morales, we found your son, Luis, and he has been in a car accident.)

She must have been sweating while listening to the police talk. My grandmother grabbed the phone cord and wrapped it around her fingers because of how nervous she was. But thank God everything was in great condition. Well, at least my father was — not so much the car or the fence. My grandmother was pretty surprised. It was the first and last time my father did something like that because it was so terrifying for him.

We like talking about stories that happened in the past because we can remember all the memories we had back in Puerto Rico and here in Boston: like the time when I put a phone in the microwave, or the time that my dad’s dog ran away and came back, or the time I used to steal Cheerio puffs from my little sister. When we were little we all did crazy things, but now we can look back and just laugh.

Yaracelis was born in Boston. She is grateful for her family and friends. Yaracelis expresses herself through music, specifically by playing the guitar. In addition, she is a professional baton twirler. She is known to be humorous and outgoing. In the future, she hopes to attend Curry College and become a midwife.

Sign Up
More amazing student stories See all student work
La Cafetera by Madelyne
Untitled by Laisha
Wavey by Dajour
Peter, Who Went on the Best Adventure Ever by Basil
See All Student Work