By Leinad in I Closed My Eyes and Imagined: Visions for a Better Boston 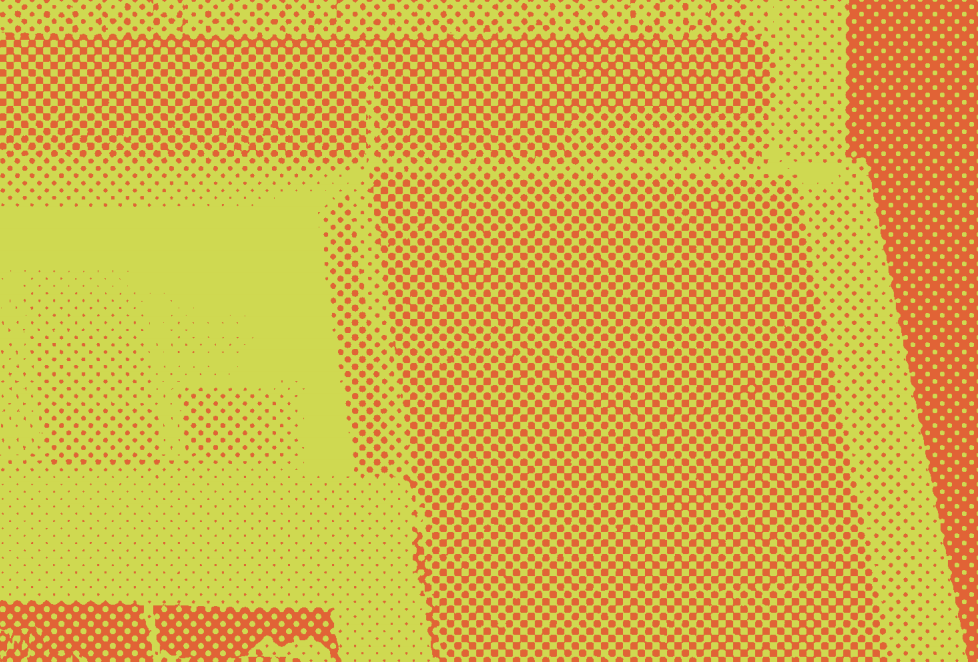 I don’t usually feel powerless. Physically I’m a pretty strong person, mentally I’m mature but still sensitive, but not weak. Even though I’m just fourteen I’ve been through many life-changing events in my life that affected my mindset and maturity. Thinking back on those events, there’s one where I felt the most powerless, and it happens to be one of the most life-changing out of them all.

For some context, my mom had met a guy a few years back in 2015. (I’ll call him…Idiot). Idiot and my mom started seeing each other. Idiot was kind to me and my younger brother. He’d always bring us food and desserts. Overall I thought he was a good man for my mom. For even MORE context, my poor lovely mother had been wronged by many men in her past. She has not had the best luck in the love department. But I truly thought this relationship would be different.

A few years pass and now it’s 2018. They’d have many fights to the point where it became a regular thing. I told her so many times to get out of it or to at least try, but his constant threats, gaslighting, and manipulation made her feel like she was nothing without him, so she couldn’t leave him even if she wanted to. Because of this, there was really nothing I could do. I felt so powerless and hurt because she didn’t deserve any of this. However, one day it was like I was destined to save my mom.

The day before, I had hit my head and busted my eyebrow real bad, so I didn’t go to school the next day. That day he was pestering my mom a lot and wouldn’t leave her alone. Idiot came to our house and started yelling and causing a show.

He and my mom were in the living room but I was in my room. I could hear yelling. I got up from my room and went to see what was going on. I saw the usual screaming for no reason. My mom told me to go into my room again and to dial 911. I went into my room, left the door slightly open, and called the police. After I described the situation to them, I heard more screams, but not screams of two people that were fighting, screams of a cry for help. I walked out again and I saw him choking her.

I immediately went to push him off of her, but when I did, this time I was somehow stronger than usual. He fell through the glass table. I looked at my mom and grabbed her away from him, her eyes in disbelief. I looked down at my hands and I saw small particles of light coming out of them. Now I’m no scientist, but I’m pretty sure that’s not normal, right?

“What the hell was that?!” he yelled. I was asking myself the same question. Did I really have powers? I tried it again to see if it was actually real and not just a figment of my imagination. When I put my hand out in front of me, a beam of light came out of them and I levitated him and dropped him in the same spot. So it’s not just a hallucination!

I ran toward my mom and saw my phone on the counter. When I looked at it, the police were still on the phone. There was a knock on the door. I opened it and it was the police. They helped me and my mom. My mom was in shock when they first spoke to her, but I explained what had happened (minus the whole, you know, levitating super-strength thing).

“S-she used powers! She’s a witch! Arrest her, not me!” Idiot said.

The police rolled their eyes and said, “Yeah, sure, let’s go,” and put handcuffs on him. One of them turned to me and asked, ¨Do you know if he’s under the influence?¨

I told them yes. I was chuckling on the inside.

After that day, I noticed things were different. Before, I would drop my phone a lot or spill water, milk, or food. Now, any time that happened—well, first of all, it didn’t happen as much, but now if I spilled something, nothing would tip out of it. It would just move. At first, I didn’t notice. I thought I was just having a good day. But after a few days passed, I realized that I was being really lucky. There was one incident where I was almost hit by a car but I missed it by one second, and it made me realize.

With this newly-found power of mine, now I could actually do something of significance and try helping others in a similar situation as mine. Before I could get involved, but only to a certain extent, but now I can help them a lot more. Since the police aren’t always helpful all the time it’s good to have someone else who can help you when you’re in a situation like that.

Leinad, 14, is an eighth grader at the Hernández. Her favorite thing about Boston is the people. When she’s not in school, she likes to draw beautiful characters. Her favorite thing about being bilingual is being able to connect with more people. She wishes that minority communities of Boston have more protection in the future. A fun fact not many people know about Leinad, is that she enjoys singing!

I Closed My Eyes and Imagined: Visions for a Better Boston 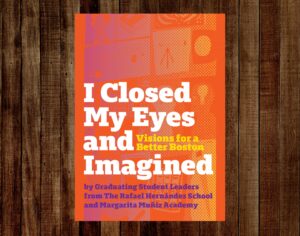 In this Young Authors' Book Project, I Closed My Eyes and Imagined: Visions for a Better Boston, the graduating classes from the Margarita Muñiz Academy and the Rafael Hernández School paint a powerful, quirky, and authentic vision of what students want to see in their future and in the future of their city.

Sign Up
More amazing student stories See all student work
I Should Never Watch a Scary Movie by Kelly
In The Midst Of It All by Jasmine
Time Travel by Hamdi
Without education, life is living in a dark house by Abebech
See All Student Work