She took both of her shoes off and began to walk

By Tirsiani in Like the Sun in Dark Spaces 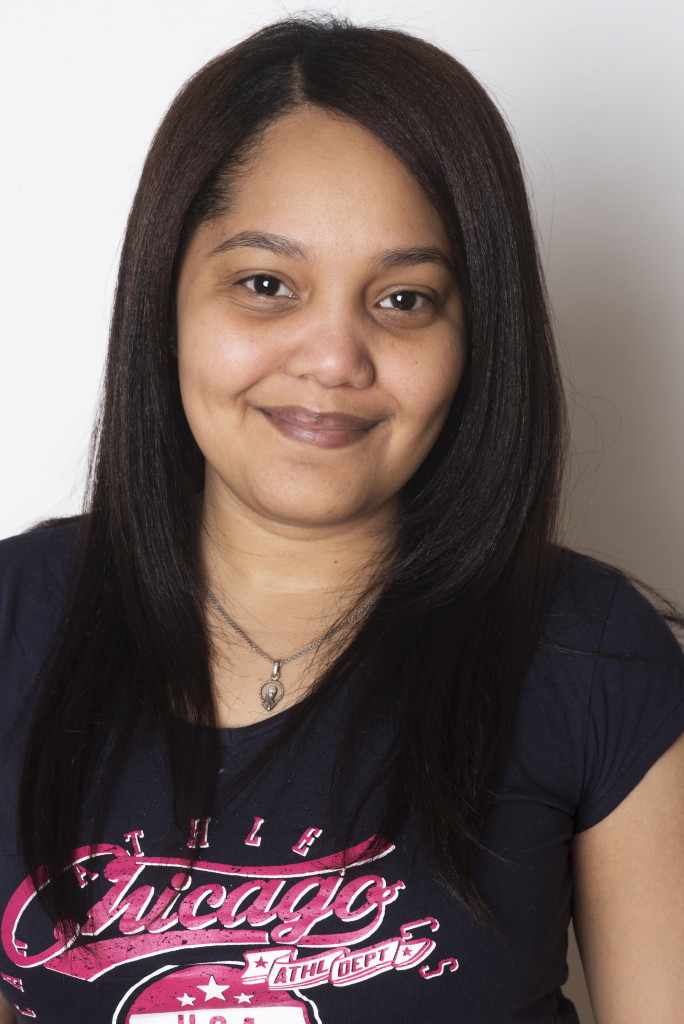 “Cock-a-doodle-doo!” crowed the rooster every day at 5  a.m. “AAAAAUUUUUUUOOHH!” Stretching, my cousin Juline  jumped out of bed to start the day. She went to the bathroom  for a shower using a plastic cup made from a coke bottle, the freezing water from a tank, and a huge white bucket. Juline and her cousin, me, always woke up at the same time to go to school. She stood outside of her aunt’s house on the street, waiting for a motoconcho, a motorcycle taxi, to bring  her to school. Dust disturbed the fresh air, messing up my cousin’s ponytail, yet it seemed like Juline flew like an airplane that needed to get places faster. “Who created school?” she always asked teachers, because she was tired of waking up early and  going every day. She wished that 12 p.m., the end of the school  day, would come and fly her away. Because her family was always coming and  going, she said, “At least I learned to understand addition and subtraction through the people around me. It was magnific.” She used to calculate the time her family spent by her side. For instance, she lived with her aunt for three months, because her mother traveled a lot to other countries. Juline didn’t stayed for a long time in one place. She moved to different houses and neighborhoods for years until the day she decide to lived with her father. At the Maximo Gomez Primary School, she was called cerebrito, brainy. My cousin habitually hated that, because this name was the cause of losing many friends. Sometimes her friends didn’t like her to be so smart because this made them feel inferior. As she grew older, Juline understood that these weren’t really her friends, anyway.

Her aunt often asked her, “¿Cómo  te fue en  la escuela?” How are you doing in school? Juline answered this every three months with an honor roll in her hand and the teacher moving her one grade ahead. They advanced her twice from third grade to fourth and from fourth grade to fifth. She felt proud every time she was asked how she felt. During her childhood, she watched cartoons of people going to space. Her dream  then was to visit space. She didn’t  understand why she wanted to be an astronaut so much. Next she wanted to be an engineer. Then she turned to art, where her hands  were her strength: she made two-story buildings out of matches she found left on the floor after lighting cigarettes. They looked like real old buildings made of brick. The idea of recycling came years after her love for making art.

She  had to  use her school uniform for two or three consecutive years because her family didn’t have enough money to buy new ones for her sisters, her cousins, and herself, which made her feel she had less money than others did. Because of this, and all else she went through, she felt she had to change that situation. At 17, she graduated from high school and was admitted to the public university. Every day, my cousin approached the entrance of the Universidad Autónoma de Santo Domingo (UASD), but one day, her sandals broke. She looked ahead, to the sides, and behind her to see if anyone was looking, then jumping step by step, she quickly finished going inside. Then she took both of her shoes off and began to walk without making eye contact with anyone. She knew people were looking at her, but she thought, “I am not here to pay attention to what other people think about me; I am here to learn and grow more from every lesson.” She was full of determinación.

Written by the graduating class of 2018 from the Boston International Newcomers Academy (BINcA), this collection of personal essays explores ideas of success across generations and continents. Foreword written by Poet Laureate of the City of Boston Danielle Legros Georges.