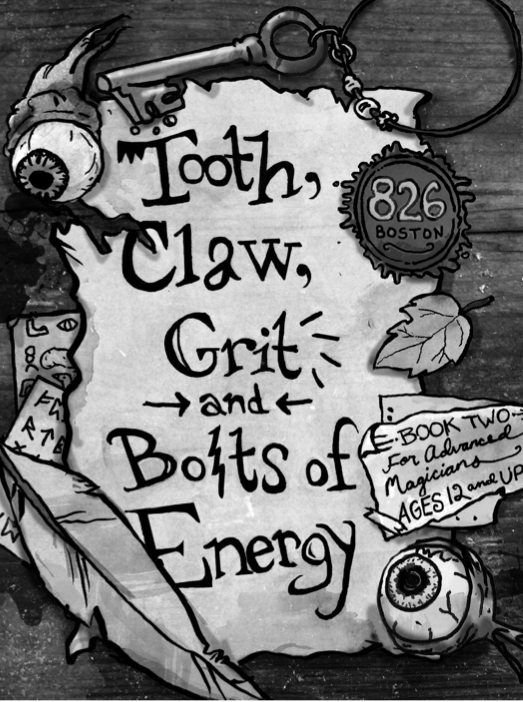 The time was around the early twenty-first century. That was when 50 percent of the human population gained magical powers. There was no explanation. People just started to cast spells and other things. Within a few weeks, opposing countries started enlisting these magical beings and waging colossal wars against each other. Major cities were leveled; mountain-sized craters riddled the land. It became known as The Great Magical War.

After the fools in the government realized what they were doing, they started hunting down the powerful magical beings who were “responsible” for the war, and neutralized them before they could do more damage. This action separated friends and families from the targeted people, which caused many citizens (magical and non-magical alike) to protest against governments all over the world. Soon, order broke into chaos everywhere, causing humanity, which was already weak after the first war, to disintegrate like firewood. This was known as The Second Magical War.

Deprived of rule and law, the magical beings of Earth went mad with the power they had over the “non-magicals” and started brutally hunting them down and battling with them. This drove the vulnerable “non-magicals” underground to heal their wounds, and they were forgotten.

Above ground, countless clans and tribes battled for territory and resources in mad frenzies. After years of brutality, some of the few sane people left decided to do something about the chaos. They were known as Lawbringers: non-magical people who would do anything to create order over the savagery, even if it meant being the biggest and baddest. The Lawbringers were one force against many, yet they still fought for order with tooth, claw, grit, and bolts of energy. Unfortunately, this great takeover attempt initiated something nobody sane would want: The Third Great Magical War, with Lawbringers fighting versus the savage clans. The war went on for multiple generations, and it hadn’t stopped yet.

Harven was one of the non-magical people born in the underground Lawbringer settlement, called Scera. The settlement was made up of a series of hidden passages and rooms that were only lit by dying lightbulbs and various species of bioluminescent lichens.

The rooms and passages were created from naturally connecting caves, old abandoned sewers, and buried buildings. Only the magical beings who knew where to look could find Scera, but they were apprehended for sorcery. Harven’s silent life was only occasionally intruded upon by the tremors of the spells cast above.

Since Scera was home to a Lawbringer society, there was education there, which separated the residents from those above. Half of the children were always siphoned off to a special class that taught them control over magical powers. During these lessons, some of the kids got injured and were sent to the medical wing with various burns, frostbite marks, bites from some type of creature, and, on one occasion, even a whole limb missing (but with no gore).

Alternatively, individuals like Harven were sent to a different class, which drilled different battle strategies and tactics, especially those to use when the fighters were under pressure.

This was the day Harven turned 252 moons1 old; the day he was old enough to go above ground.

His loud footsteps on the way up to the observation deck seemed to fade to nothing as he wondered if the stories he had heard were true. Are there really savage killers up there? he thought

He entered the long, hallway-like observation deck. On one side were dozens of sliding panels. Harven looked to the captain of the defense/artillery unit that protected Scera.“Go ahead son,” was all the captain had to say.

Harven started toward the closest panel, putting his hand on the handle. He hesitated. He was not sure if he would be the same after seeing what was outside. He knew that it was different. Many of his friends started showing symptoms of insanity after their first experience of the outside. He slowly lifted the handle…

The light from outside was blinding, and caused deep spots of color to appear in Harven’s vision. It seemed like an eternity before his dilated pupils returned to their natural state, but the light was still painfully bright.

The captain gave him some sort of shaded opticles. Harven had noticed everyone on the deck was wearing them, but he had just thought it was to look cool. As he put them on, almost instantly the pain stopped. He peered through the panel once more.

The outside seemed like a room so big that the eye couldn’t register its boundaries. The roof was gray and milky with clumps of white in seemingly random locations. There seemed to be a light source above, but it couldn’t be found. A wave of heat came into the room, scorching compared to the cool halls of Scera.

Sweat had already started to form on Harven’s pale skin.

Outside, the ground was uneven and covered in dirt, but there seemed to be no plant life, like there was in the botany rooms of Scera. Heat shimmered on the horizon. Harven involuntarily stepped back. This outside world was uglier than he had imagined. Thoughts swelled in his mind, and that, combined with the heat, caused Harven to faint.

When he came to, he heard screaming. He was still on the observation deck, but down the way, there was a gaping hole in the wall. He saw flashes going in and out of the hole. As he recovered, he realized that half of the screams were incantations. The captain noticed he had come to and tossed over a shiny object. Harven caught it and realized it was a mirror to reflect the bolts of magic. He went to thank the captain, but then he noticed a gaping wound in the man’s chest. The captain was already gone.

As Harven looked up, he saw the silhouette of an outsider staring at him. The outsider sent a bolt of crackling energy at him. Harven just barely reflected it in time with the mirror, and it hit the wall next to him, forming another hole. He looked around, and immediately saw that it was already too late. Scera was compromised. Harven ran outside through the hole, hoping to find shelter elsewhere. But unbeknownst to him, Scera was the last Lawbringer society. He was the only one left.

The world seem to flutter away, as if each particle were a butterfly. Harven froze and evaporated as well.“Simulation Archaica 1B failed. Humanity is compromised,” muttered the head of project Archaica, Harv N. Scerae. “Guess we’ll have to postpone giving people magic, for now.”

His name is Cole and he has been attending 826 Boston since 2009. His favorite book is currently The Lord of the Flies by William Golding, so you can probably guess his personality.

Sign Up
More amazing student stories See all student work
Hello, my name is Haran. by Haran
Sèt doulè nan sèt konba by Naika
Untitled by Yoselyn
I may be a stranger but you seem really nice. by 826 Boston
See All Student Work