By Jalen in Backflip through the Lasers 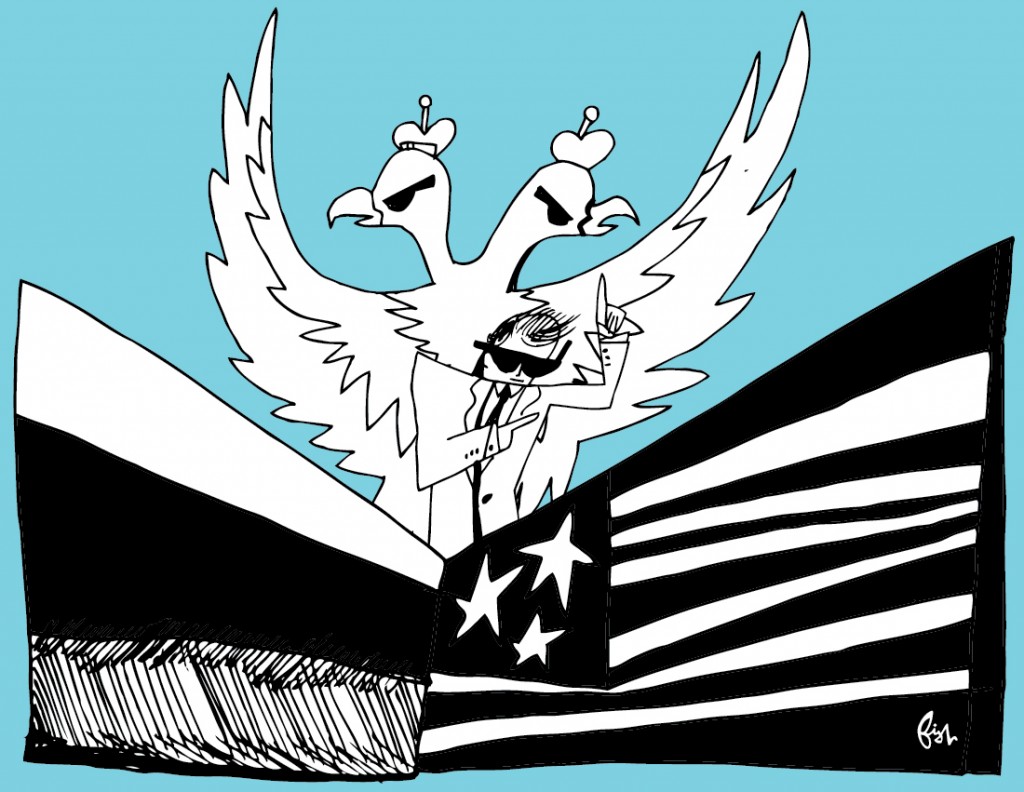 Agent Sneaky has an eagle made of fire that he is keeping secret from Barack Obama and the Russians. The Fire Eagle lives in an underground house, bigger than the White House. Agent Sneaky feeds him rotten fish with Pop Rocks, so he can have energy and so he can be on fire. Whenever Agent Sneaky wants him, he whistles firecrackers into the air and the eagle comes from the underground cave that he lives in. Sometimes the eagle transforms and pretends he is a car in front of the Russians and Barack Obama when he pulls up in front of the White House.

And everyone asks, “How did you get here so fast?”

Agent Sneaky says, “I got my super Batman Car.”

The Russians were planning an ambush, and they all came to Barack Obama’s house. There was a SWAT team there, and everyone was ready to attack. The Russians had candy-shooters, but they were hit by balls flying from tanks before they could do anything. There were only two Russians left, but Agent Sneaky was sneaky and vanquished Obama’s friends quickly. The Russians went to get Obama while Agent Sneaky was in a tree, and then he jumped down and ambushed them too.

The Russians and Americans tried to attack Agent Sneaky in the night. They shouldn’t have, because he was sneaky. He picked up all 100 of the guards and threw them.

"Agent Sneaky" was written when Jalen was 10 years old.