By Raiden in My Generation Can: Public Narratives for Community Change 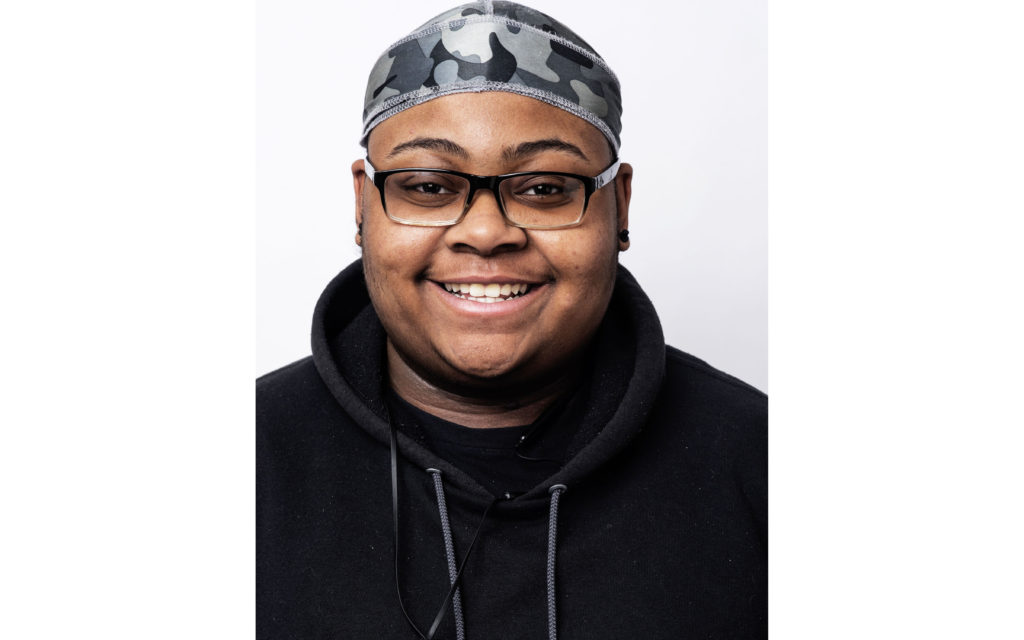 One warm, breezy Wednesday evening, I sat at a wooden table in a very awkward circle of almost 40 people that all identified as LGBTQ+. I looked up and made direct eye contact with the young woman who was talking. She was transgender and she spoke with so much pain. She stepped into the middle of the circle and started talking about how her life is threatened every day and how she is constantly trying to find new ways to survive. Her words made me feel angry and frustrated, but they also motivated me to help the LGBTQ+ community be as accepted by society as I am by my own family.

I came out to my mother when I was 16. I was petrified to tell her because she’s religious and I didn’t know how she would take the news. When I told her, she smiled and asked me what it meant. I explained it to her. She was upset, not because of the news, but because I hadn’t told her before. I felt relief because you can’t be anything if you can’t be yourself. I had carried around my “truth” for several years and my mother’s opinion counted more to me than anyone else’s.

Around the same time, I started to volunteer at GLASS, a group whose mission is to support and advocate for the LGBTQ+ community. I joined because I wanted to meet more people of color who had my same experience. I also wanted to feel like I had a clearer future, which I was unable to imagine before. It also made me feel less isolated about my identity. Thanks to GLASS, I found a community.

This eventually led me to get a job as a street counselor. I give out condoms and conduct spot interviews to help locate pockets of the LGBTQ+ community. I do this because I want to give back.

There are over 1 million transgender and non-binary people in this country and they deserve to feel at home wherever they are. I am lucky in the sense that I have found a support group and a community that cares for me, but not everyone is this lucky. In fact, many young transgender people feel like they don’t have a safe space to call their own.

One big reason for this is that most physical spaces, especially in schools, are not designed with us in mind. Something that I hear about all the time from young transgender people is how gendered bathrooms can make them feel like they are not welcome or a priority.

Recently, transgender rights have been put in the hands of lawmakers who aren’t transgender themselves. I think that is completely unfair and shouldn’t be the case. While some people may claim that having gendered bathrooms is “not a big deal,” this is simply not true. The everyday lives of young transgender people would become significantly easier if they didn’t have to wrestle with the dilemma and exclusivity of gendered bathrooms. I urge all young LGBTQ+ people to share with their friends and allies WHY making bathrooms trans-accessible is important. Together, we must convince Boston Public Schools that making gender-neutral bathrooms the norm is the minimum that they can do.

Beyond the issue of gender-neutral bathrooms, there are a few other things you can do to support transgender people. For example, introduce yourself with your name and pronouns and encourage others to do the same so that no assumptions are being made about someone’s gender identity. Also, you can advocate to your workplace to make it standard practice to put pronouns on email signatures. These are all little steps toward big change.

My Generation Can: Public Narratives for Community Change

Sign Up
More amazing student stories See all student work
Who Am I? by Camarah
Black by Aldai
KITCHEN DISASTER by Jailanny
Underdog by Brandon
See All Student Work