By Adriana in Oh My Chocolate 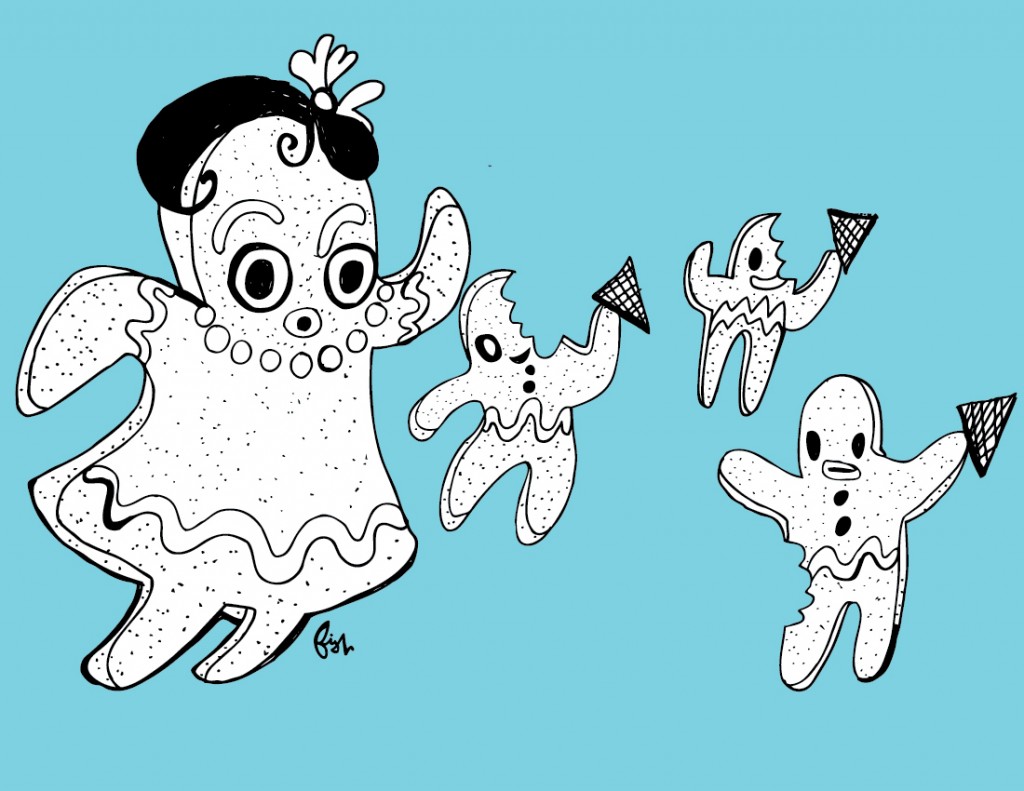 Once upon a time there was a chocolate gingerbread woman. She was pretty, rich, and had lots of jobs. She liked to play tricks on everybody.

One day, she met this beautiful chocolate gingerbread man. He was short. He had lots of jobs like the gingerbread woman but his boss never gave him a lot of money.

The gingerbread woman said, “Hey! Look at all of my money!”

Then the gingerbread man said, “I love you now.”

They got married the first day they met, after she showed him her money. They moved to China, Florida, and Chicago.

One day the gingerbread woman felt something in her stomach. She thought that it was the gingerbread man kicking her, but he wasn’t. She yelled, “Stop kicking me!” He said, “It’s not me.” Then she noticed she was having a little kid.

“I think I’m having a baby,” said the gingerbread woman. Then she realized that she was having three kids! She really wanted to get rid of her money because she thought that once her children came along, they were going to eat it. The kids’ beds themselves were actually made out of money, and when the children arrived they ate the beds! Now she had no money. Her husband left her and signed the divorce paper. The gingerbread man said goodbye to the gingerbread woman.

The gingerbread woman was left alone with three annoying and loud triplets. Another day, when she was walking with them, they saw ice cream for sale and the kids ran away from her to get some ice cream. “Stop running,” she said, but they ran anyways.

She got rid of the triplets because they were so loud that she could not even sleep at night. She sold them to her sister because her sister wanted children. Then she had time to get smart by working.

She was crying inside Fudge’s stomach when she realized her children were in there, too. The family was reunited with no heads and lived happily ever after in the giant’s stomach.

And remember: don’t be a gingerbread woman. Lots of giants will eat you up, especially Fudge.

Adriana wrote “Please Don’t Eat Me, Fudge!” when she was seven years old.